While the sport of polo is older than recorded history, we know that its origins are in the inspirational relationship between humans and horses. This special bond and the unique blending of athletic talents between horse and rider have helped polo evolve into The Sport of Kings.
Polo has been an international sport since at least 821 A.D., when Chinese ambassadors in Japan played a team fielded by the Emperor.

The world’s oldest active club is the Calcutta Polo Club, established in 1862.  In the U.S., the first international match was in Newport, R.I., in August 1886. The Westchester Polo Club challenged the British to put up a silver trophy (today’s Westchester Cup) and after two convincing losses saw the prize sail away. The Cup is presently in England, who won the most recent challenge. Today, upwards of 84 countries play polo.

In Thailand, Polo is played at the Thailand Equestrian Federation’s Thai Polo & Equestrian Club, a 2,000-rai facility in Pattaya that houses 3 full sized international-standard polo playing grounds, each with their own clubhouse. 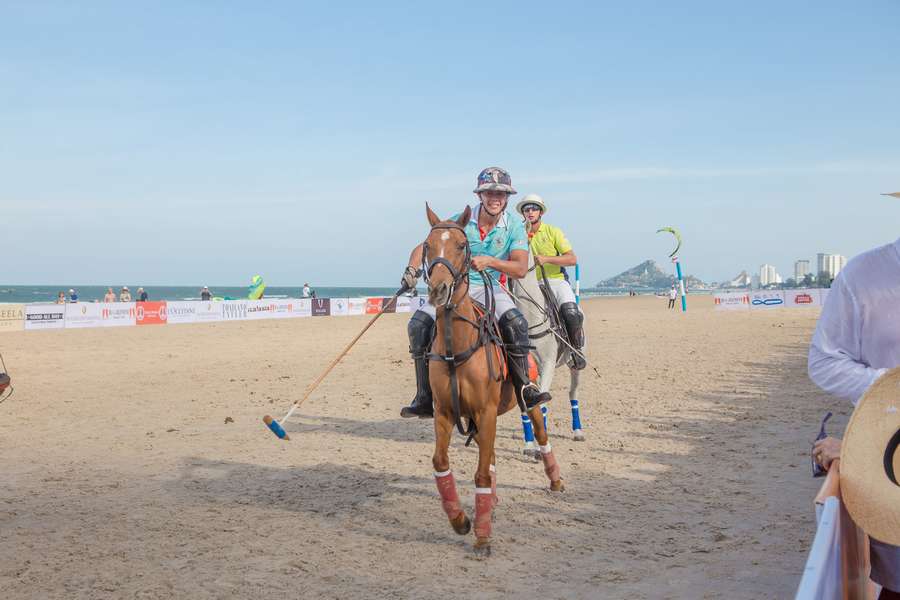 This highly popular yearly event with a large Bangkok contingent of celebrities, high society, ambassadors with their families, media, as well as the local community came together for the full day & evening of fun activities all for a great cause. Proceeds from the event went to the Nabha Foundation under the initiative of HRH Princess Bajrakitiyabha which supports the under privileged to live in social harmony. 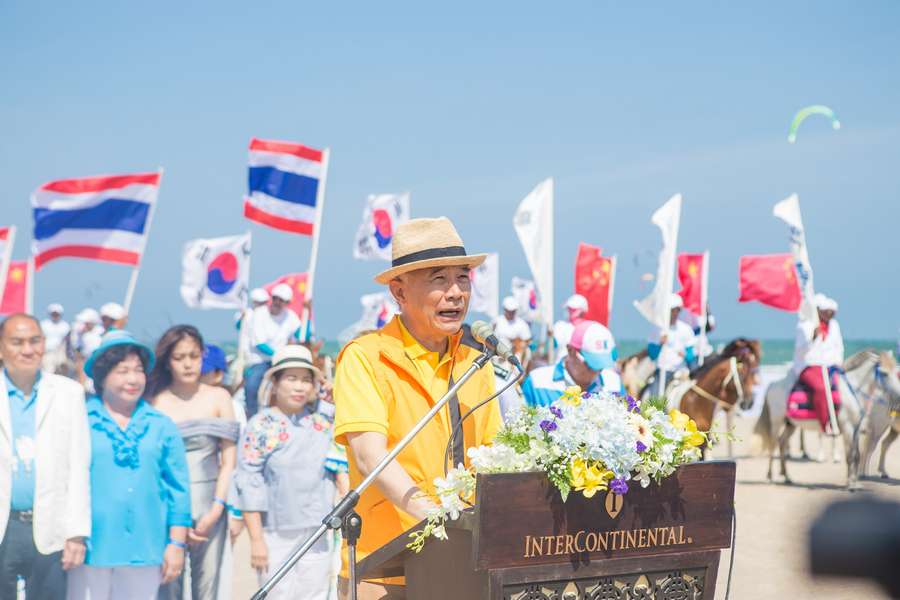 The day started with the traditional Grand Horse Parade and Opening Ceremony with His Excellency Khun Suwat Liptapanlop giving the opening speech. Horse racing with guests able to bet on the horses with prizes won for correct picks. Next up was the much-loved fashion show on horseback with celebrities and pageant winners modeling the latest collections from Santa Barbara and Misty Mynx.

At 4pm the polo ponies took to the sand for the 10th annual Asian Beach Polo Championship which saw team Thailand playing against a combined team of China and Korea. The match consisted of 5 periods, known as chukka’s, with the players changing their mounts after each chukka. 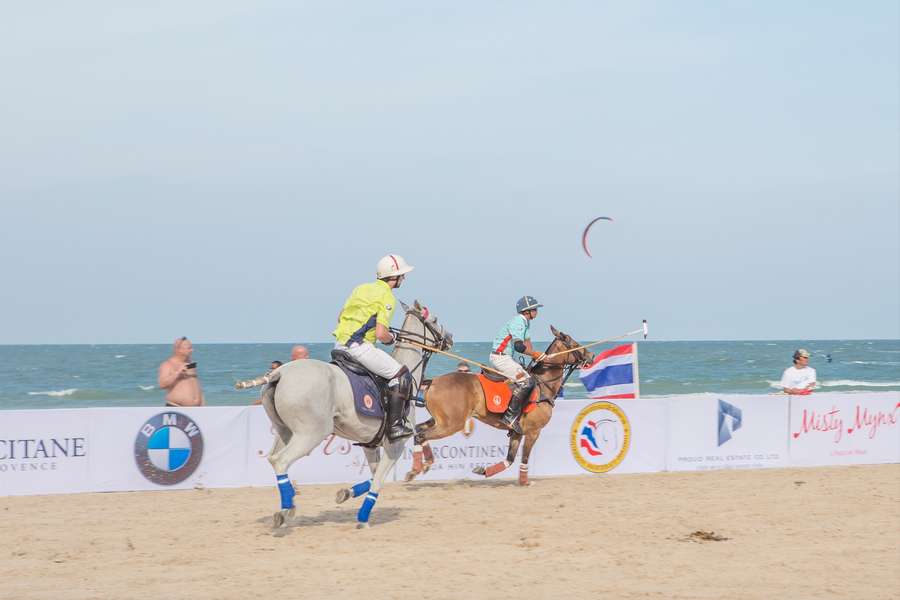 The first goal came in the second half of the first chukka from Argentine professional Diego Gomez for the China/Korea team. The second chukka saw the first goal by Justin Jin also for China/Korea followed by two goals from Thailand’s Worajit Wongkraso “Ead”. 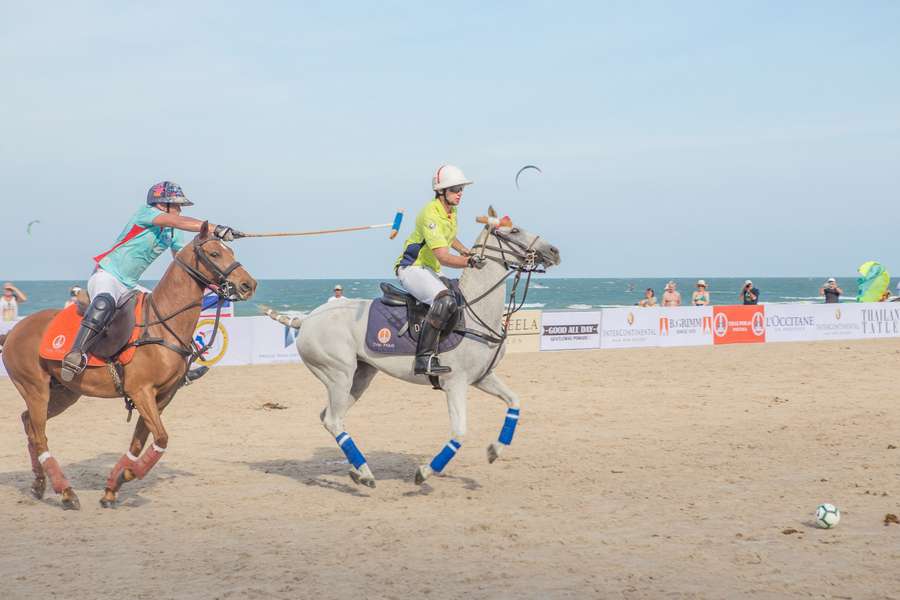 The third chukka had just one goal scored by David Ko for China/Korea taking them into the lead on handicap.

Ead, took another goal at the start of the 4th chukka, leveling the match followed quickly by a goal from Diego Gomez. Thailand responded with another goal from Ead. The spectators were cheering and getting very involved with every play encouraging the teams along.

The 5th and final chukka saw no less than five goals scored between both teams. Diego Gomez led the chukka taking them ahead, followed by David Ko and Justin Jin also for China/Korea. In the closing minutes, Harald Link for Thailand scored two goals in quick succession, but it wasn’t enough to level the scores. China/Korea won 8 goals to 7.5. A very entertaining, good spirited match with loads of action for the excited spectators who were watching beachside. 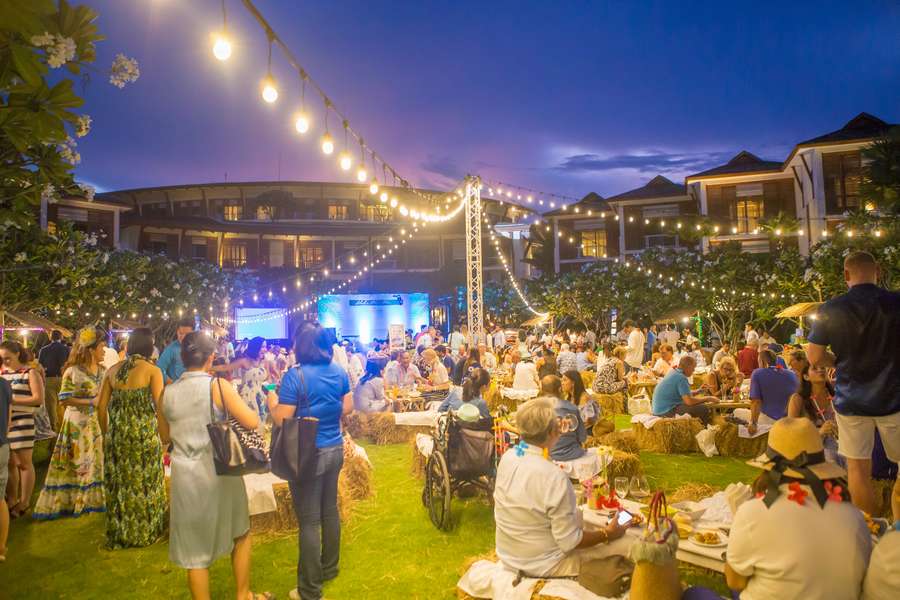 With the completion of the Cup Presentation the day time activities ended and the nighttime activities kicked in. Guests were treated to a superb InterContinental buffet, free flowing libations, a Hawaiian “Aloha” themed show, a raffle with great prizes and an auction. Those who have attended many years of Beach Polo ranked this one as one of the very best and were pleased to see the evening cocktail party back on the lawn of the InterContinental where it hadn’t been for several years.

Beach Polo is one the most fun yearly events to happen in Hua Hin. If you didn’t make it this year be sure to put it on your social calendar for next.