The first annual King’s Cup Elephant Boat Race & River Festival took place on the banks of Bangkok’s Chao Phraya River over the weekend of March 29th to the 31st. Sponsored by Anantara, monies raised benefit Thailand’s beloved elephants. The event was held next to the Anantara Riverside and the Avani + Riverside Hotel’s and was one Bangkokians’s had been waiting for.

The River Festival and Boat Race kicked off on Friday the 29th with an opening spiritual blessing ceremony as well as a celebration of Thai culture that included dance performances and traditional drumming. On the water twelve teams paddled specially commissioned boats, decorated with artistic elephant heads rising elegantly above the water, the boat were tails inspired by traditional Thai fish motifs. The teams included members from the Royal Thai Navy, the Royal Thai Navy Seals as well as international teams from China and the Philippines.

The race course length was 200 meters and each heat had 4 teams, the first to cross the finish line won and progressed to Sunday’s grand final race. 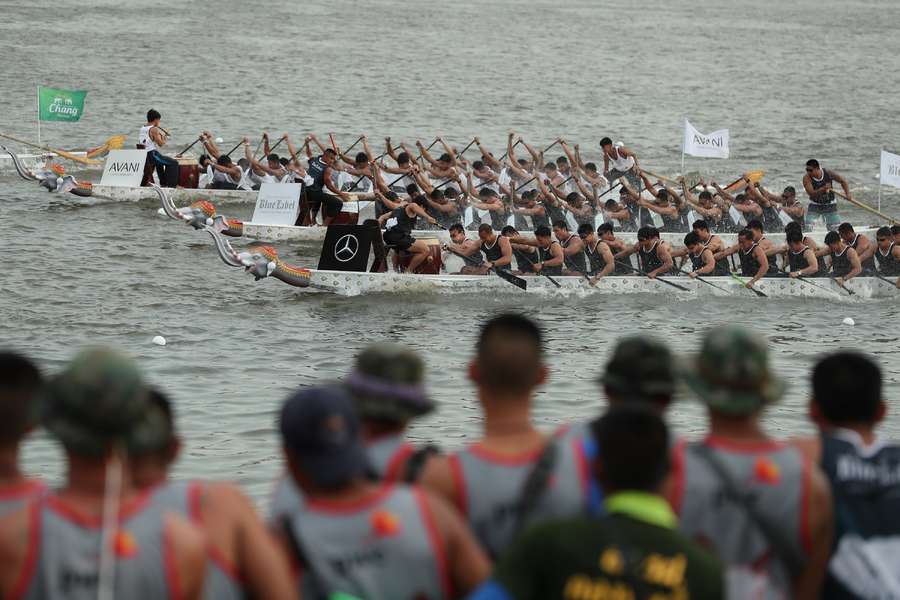 Day 1’s atmosphere on the water and along the rivers edge was off to an electric start with the highlight heat raced between Pilipinas Orient Dragons (Philippines); Dongguan Sheen Fine (China); Pradu Thong Goddess (Royal Thai Navy) and Yutthakarnnawa (Royal Thai Navy Seals). The international paddlers fared well but they were no match for Thailand’s best. With less than 6 seconds between all the elephant boats, the Royal Navy Seals came out on top taking only 46.68 seconds to paddle 200m. Second spot was the Pradu Thong Goddess at 48.11 seconds followed by Dongguan Sheen Fine at 49.14 seconds and finally the Pilipinas Orient Dragons at 52.47 seconds. 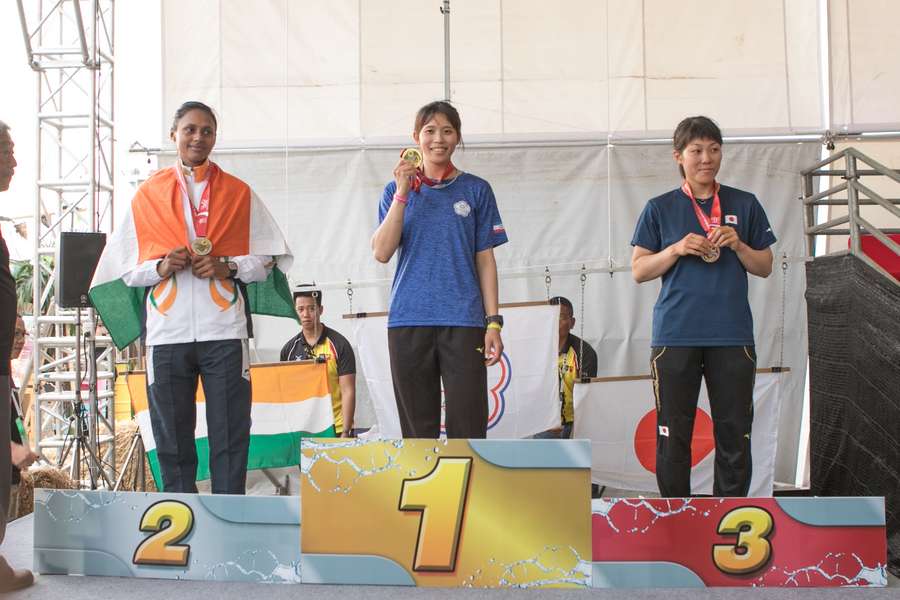 On land, Friday also kicked off the start of the Asia Cup Indoor Rowing Tournament with teams from 9 countries competing. Here for the tourney were teams from Bahrain, Chinese Taipei, India, Iraq, Japan, Malaysia, Pakistan, Saudi Arabia, and Thailand. Each indoor rowing heat consisted of 8 rowers rowing 2km with both female and male competitors vying for the coveted Asia Cup trophies.
When the sun went down the music kicked in. Festival goers were treated to popular Thai musicians the Chai Bang, Atom Chanakan and J.Jetrin.

Saturday was Ladies Day and included a best dressed contest. Thai style was the theme and the winning ladies walked off with fabulous holidays at some of Anantara’s most beautiful locations which included Abu Dhabi, Oman, the Maldives, Siem Reap and Koh Phangan. On the water it was time for the Semi-Finals. 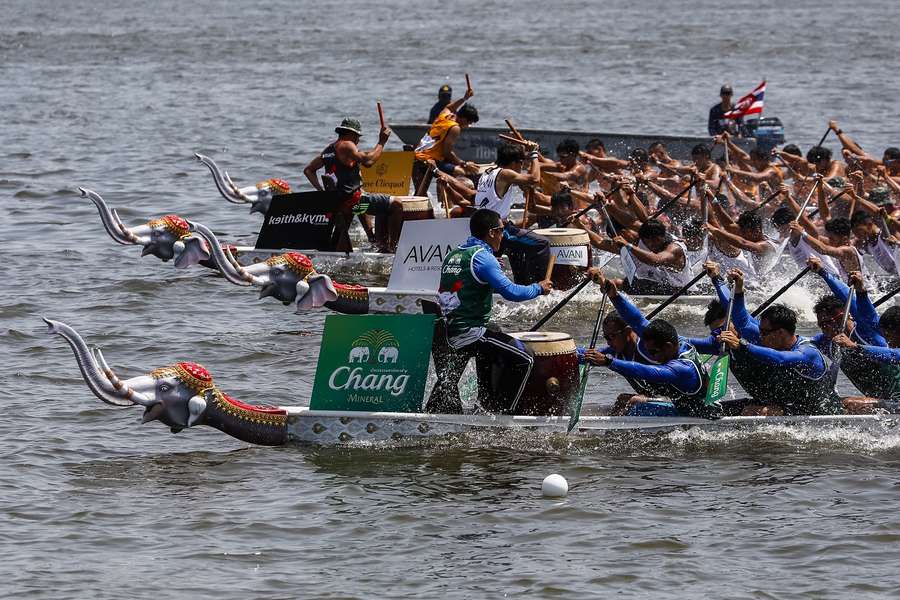 The first heat of the semifinals was a closely fought battle between Thailand teams from the Royal Thai Navy, the Institute of Physical Education and Singburi province. Each team of 20 paddlers fought hard for a place in the finals but it was the Institute of Physical Education team that passed the finish line with a photo finish at 48.03 seconds closely followed by Pradu Thong Goddess (Royal Thai Navy) 49.04 seconds, Singburi 49.28 seconds and Pradu Ngern  Goddess (Royal Thai Navy) 53.69 seconds. Evening entertainment followed with Dj’s, the Thai Youth Orchestra, New Jiew and Singto Numchok.

Sunday saw the final four teams meet up – Nonthaburi – Avani Hotels & Resorts, Institute of Physical Education – Mercedes Benz, Yutthakarnnawa (Royal Thai Navy Seals) – Chang Mineral Water & Pradu Thong Goddess (Royal Thai Navy) – JW Blue Label. Maximum effort was extended right from the start and the race was head to head. In the thrilling final seconds there were only 4 that separated all the teams and it was immediately apparent that the Thai favourite, The Royal Thai Navy Seals took home the bragging rights for the 2019 Elephant Boat Races.

The International Indoor Rowing Tournament final was also on Sunday with the Woman’s Asia Cup Trophy going to Yi-ting Huang from Chinese Taipei with the men’s trophy going to Parminder Singh from India.
In addition to sport, visitors to the three day river festival had plenty of options when it came to food and drink. The foodie village was well stocked with a host of pop up food stalls by a selection of Thailand’s top restaurants including Trader Vic’s & Benihana’s. Beverage sponsors were also plentiful and had large pop-up venues purpose built for the weekend. Beverage sponsors included Johnnie Walker Blue Label, Mekong’s Distilled Spirits, Chang Beer, Casillero del Diablo’s wines and Veuve Clicquot Champagne.

The exciting 3 day event was not only about fun and games – a generous sum was raised through ticket sales for many elephant charity projects during the event. Funds from the event will be donated to various projects including the Zoological Parks Organisation of Thailand which supports veterinary and educational projects to improve the year-round lives of elephants and mahouts in the Surin Province where ex-street elephants face ongoing hardship. 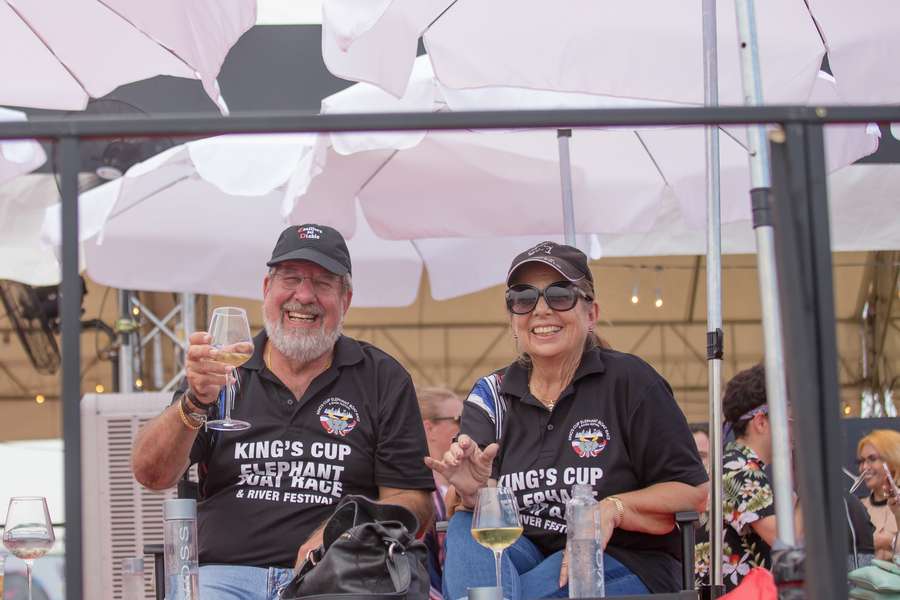 Other significant benefits from the money raised by the tournament include: the ongoing Thai Elephant Therapy Project which has been underway since 2009 in conjunction with Chiang Mai University’s Department of Occupational Therapy, with future clinics to include children with Down’s syndrome and other conditions now committed until the end of 2019 as well as the funding of Asia’s first workshop to show traditional elephant trainers and camp owners the benefits of Positive Reinforcement Training for captive elephants with additional workshops this year in Myanmar reaching teams responsible for over 200 elephants. 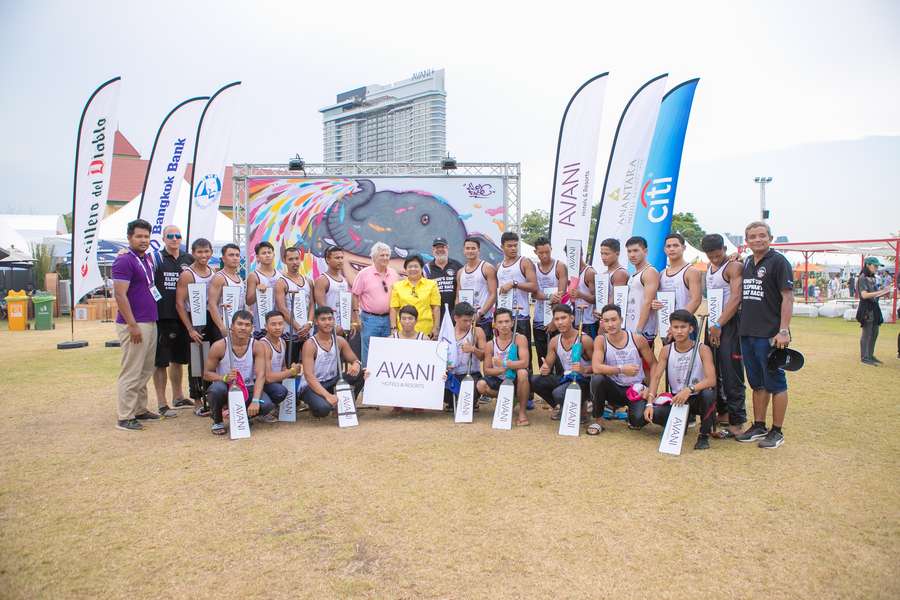 Mark a reminder on your 2020 calendar for the 2nd annual Elephant Boat Race & River Festival, it’s a Bangkok event you just don’t want to miss.