Nestled high among the mountains in the north of Thailand, Pai is a tiny town surrounded by secluded waterfalls and hiking trails that many consider as a backpacker’s mountain paradise. Once upon a time, it was a sleepy marketplace and although the relaxed atmosphere is still present—it is not as unknown as it used to be. Pai is about three hours away from Chiang Mai and most visitors take the bus there, mainly for the picturesque mountain views. Doi Inthanon National Park lies on this route and is recommended for anyone who likes to explore authentic Thai villages, waterfalls, limestone caves and enjoy the wilderness. 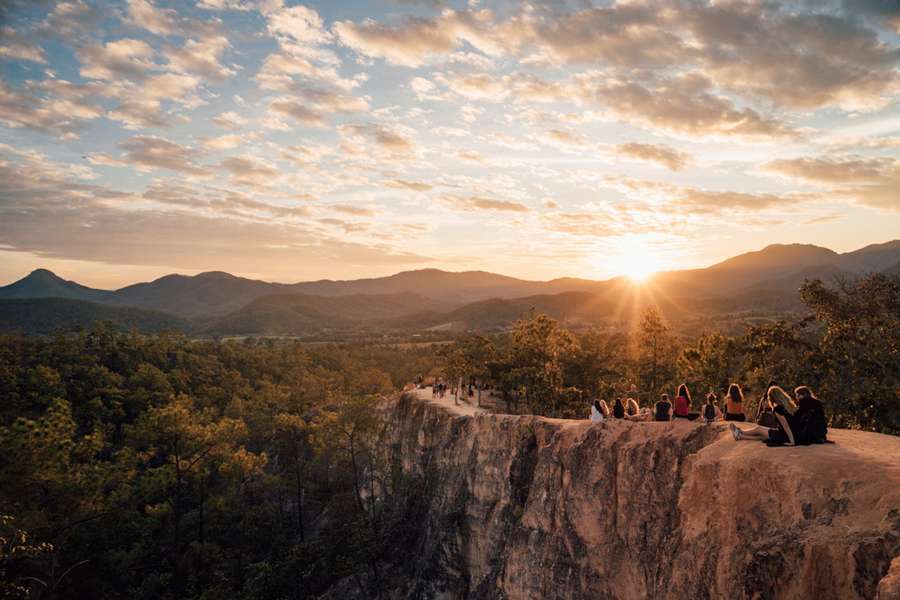 Although Pai doesn’t have the attractions of its more popular neighbor, it does have its charms. Pai offers a relaxed vibe to those who want to get away from the city and do nothing for a while. Still that doesn’t mean there’s nothing to do here. The main attraction of Pai is the Pai canyon, also known as Kong Lan. Free of charge, this is the perfect place to enjoy the stunning panoramic views or hike through the various trails and paths. Be warned however, the trail is not for the faint-hearted and even in proper footwear, it is easy to slip on the narrow path and there are no fences on the cliff’s edge. If you are adventurous enough to try, the climb is definitely a challenge worth overcoming. But the canyon is still a wonderful place to watch the sunset and no particular fitness skill is needed for that. 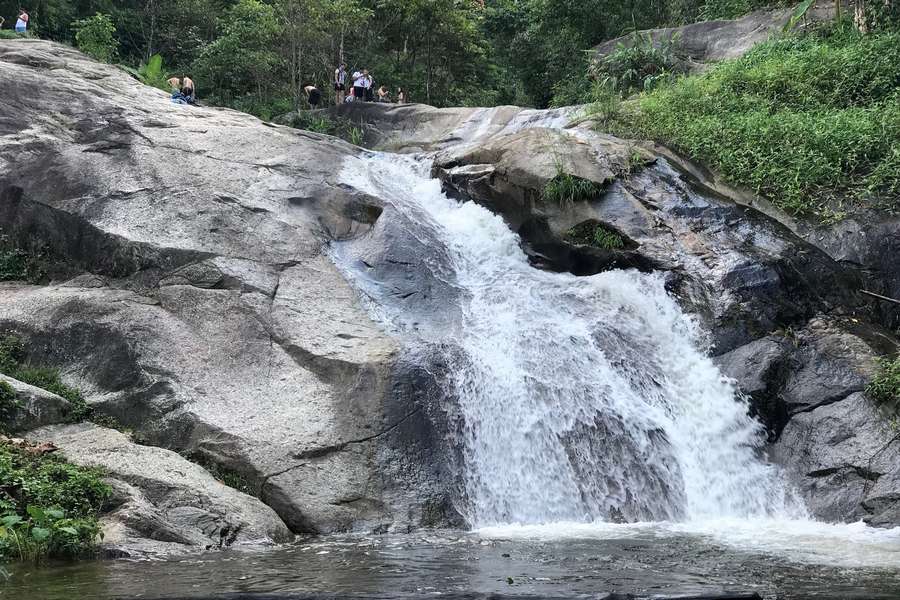 The canyon is also a short drive away from the Pam Bok waterfall. Unlike other waterfalls such as Mae Yen waterfall and Mo Paeng waterfall, the Pam Bok waterfall is easily accessible and is the perfect place to cool down on a warm summer day. On your way to the Pam Bok waterfall, do stop at the small property that is known as the Land Split. It used to be a working farm until a strange natural phenomenon caused the land to split and crack, rendering agriculture impossible here. While the split itself might not be that interesting, you will like the owners of the farm who turned the site into a tourist attraction. Friendly and welcoming, they offer visitors homemade snacks with ingredients from their land such as Roselle juice, crispy bananas chips, peanuts, and tamarind. Although entrance to the whole establishment, even for tastings, is technically cost-free, a donation box sits on the counter, and the owners ask you to pay “what you think it is worth”. 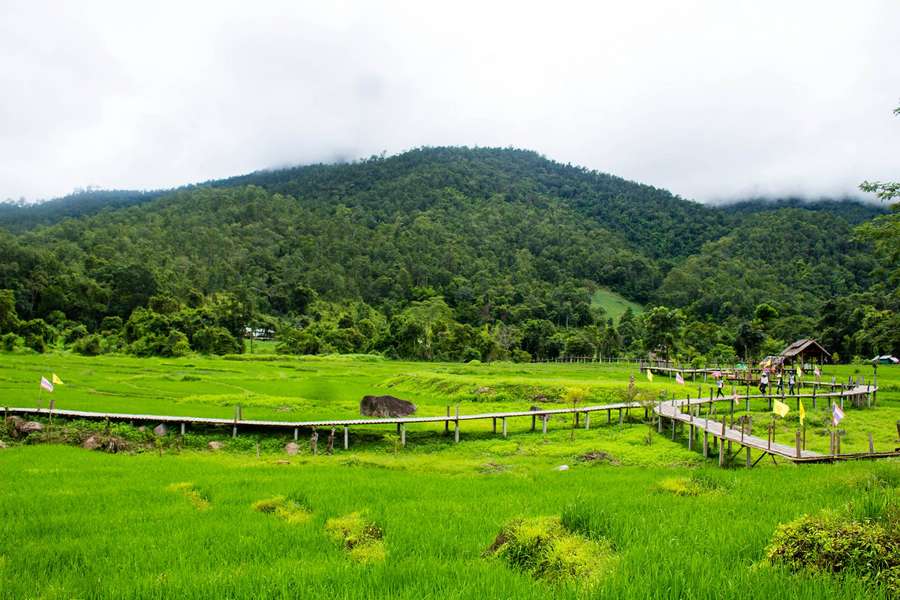 Pai is infamous for its breathtaking vistas and the Chinese Viewpoint is no exception. Fifteen minutes ride from Pai, the hike leading to the viewpoint is a bit tricky and steep but as it often is in Pai, the view is worth it. Visitors get a 360 degree view of rolling hills and mountains, villages and lush green fields and just as the Pai canyon is famous for its sunsets, this viewpoint offers a wonderful view of the sunrise. Visitors also get to experience a traditional Chinese tea ceremony at the viewpoint. Below the viewpoint lies Santichon Village. Although the village is mostly souvenir shops and restaurants, it does have some interesting traditional Chinese clay houses and the Mo Paeng waterfall is just down the road. 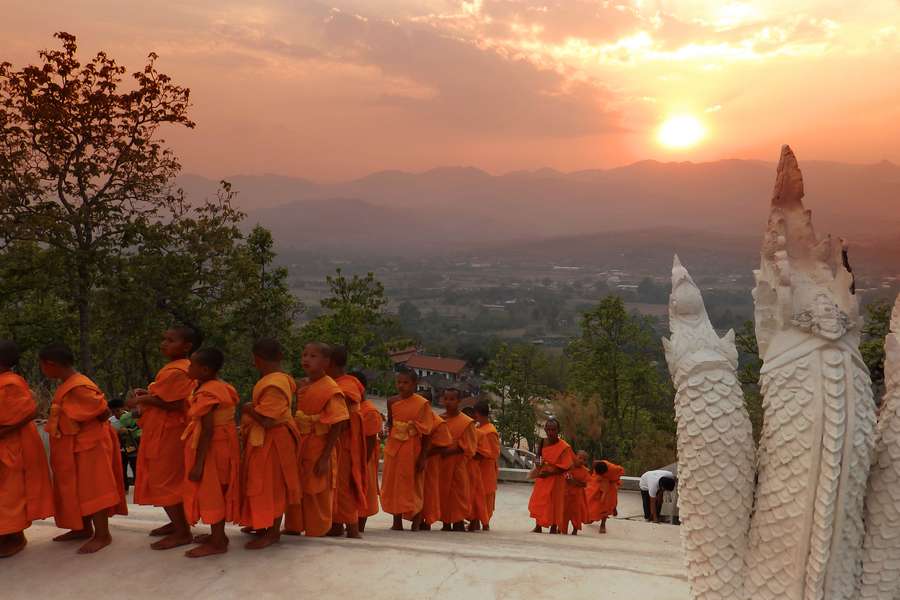 Another great viewpoint is the Wat Phra That Mae Yen (Temple on the Hill). The main attraction of this viewpoint is the giant white statue of Buddha and visitors have the option of either driving straight to the top or climbing the 353 steps of the Naga staircase. A short drive away from the temple is the World War II Memorial Bridge. The walk across the bridge is quite short but it holds an interesting history although the original wooden structure was replaced by the steel structure that stands today. By forcing both villagers and elephants alike into hard labor, the bridge was originally built as a route for the Japanese army to invade Myanmar (then known as Burma). Although, the bridge was destroyed after the war, the villagers rebuilt it as it was a convenient way for them to travel in comparison to the log boats they used before. The bridge was reconstructed again in 1976 after a devastating flood and it stands there today as a testament of history. During night time, the length of the bridge is lit up by bulbs strung out along its railings. It makes a good stop for a stroll if sitting on the bike is getting a little tiresome. 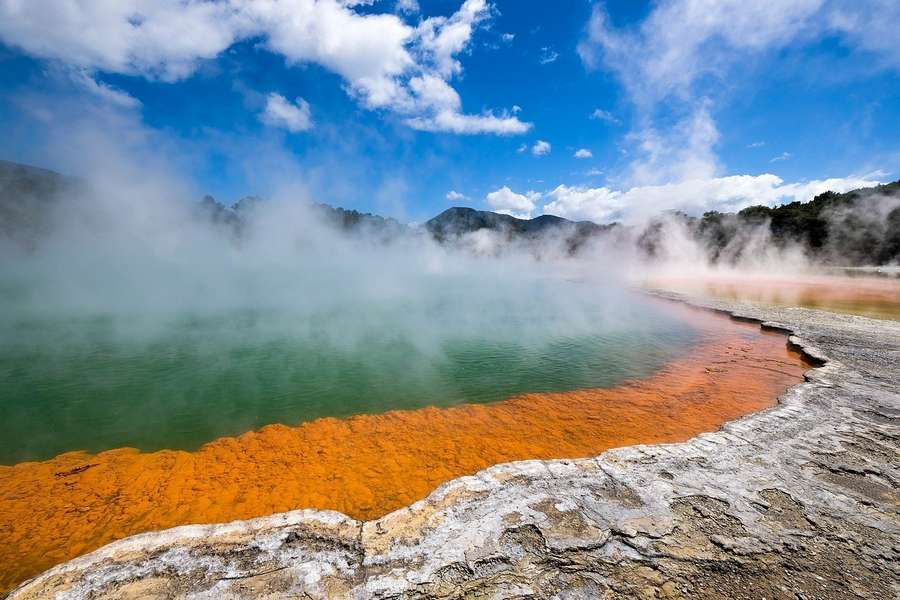 If you’re really tired, head over to the hot springs for a relaxing soak. The Tha Pai Hot Springs is about fifteen minutes away from town and features a cold-water stream flowing over boiling-hot rocks to create a soothing, heated pool surrounded by lush scenery. Another option is the Sai Ngam Hot Springs. Less famous than the Tha Pai Hot Springs and about thirty minutes ride from town, it is also less crowded and considered to be more affordable. 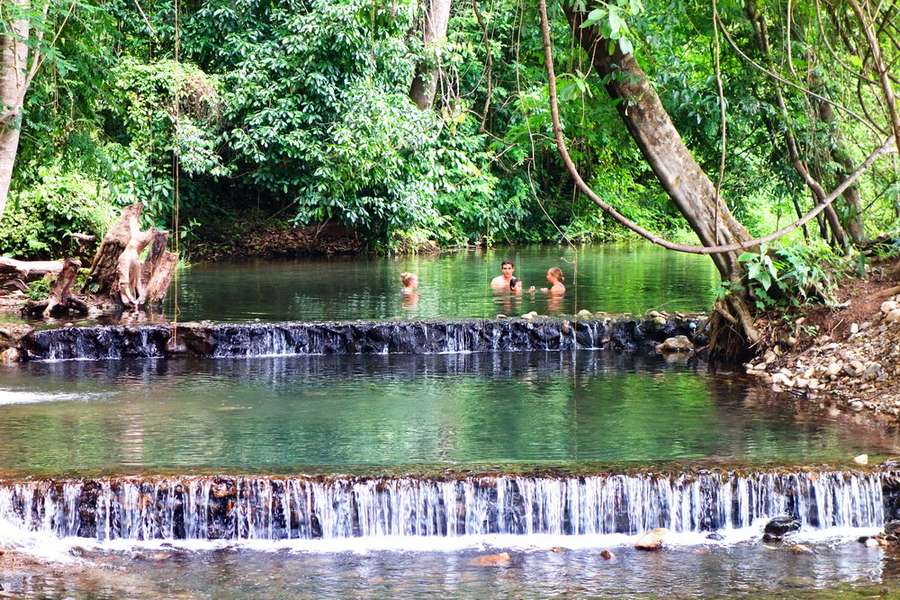 One last place to visit would be Tham Lod Cave. The journey itself is part of the charm, especially when you look out over the Pang Mapha viewpoint which signals roughly the halfway point between Pai and the cave. Another viewpoint known as the Kiw Lom offers an incredible view of the border of Myanmar and the valleys of Pai. Tham Lod Cave is home to many limestone stalactites and stalagmite formations, bats, wall paintings and even ancient teak wood coffins, believed to have been carved thousands of years ago. The Nam Lang river flows through the cave and considering it is 1.5 kilometers long, bamboo rafting is the only way to access most parts of the cave.

The town shines brightest as soon as the sun goes down, especially at the Walking Street on Rungsiyanon Road where you can enjoy dinner and find amazing handmade souvenirs. This is probably the only exciting nightlife attraction in town except for some bars playing really good live music. Pai is also known for its excellent food traditions and there are many trendy places to eat, mainly focused on coffee and healthy foods and if you prefer something more traditional, you can’t go wrong with khao soi- a creamy, yellow, coconut flavored curry mixed with egg noodles and soft, braised chicken. You can add extra spices such as onion, chili or vegetables to add even more flavor. Another dish to seek out is coconut pancakes and promise, you will not be disappointed. In addition, Pai is host to a large bohemian community and both residents and visitors alike are involved in a number of activities like yoga, Muay Thai boxing, cooking classes and even fire dancing, juggling and slack lining over at the Pai Circus School. 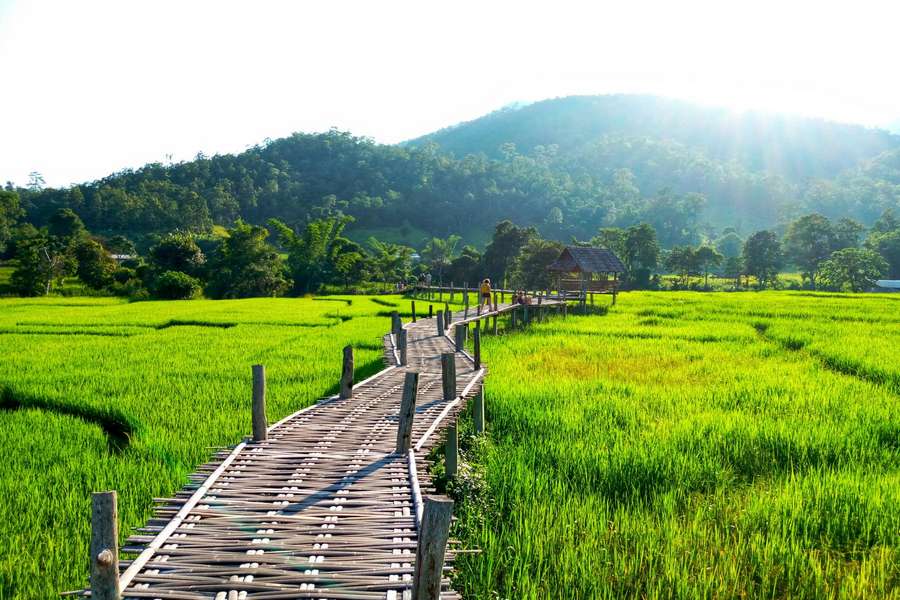 The best time to visit Pai is during the cooler season from about the end of November through to February. It does not rain much during that time so it is a great time to explore and although often busy in December, the crowds disperse in January. While most visitors take the bus from Chiang Mai, there is also the option of flying to Pai from Chiang Mai with the journey taking only 25 minutes. Pai also makes for a perfect stopover for a day or more on the popular Mae Hong Son loop— a 650 kilometers long route that is considered one of the best motorbike circuits in Southeast Asia. Although Pai has certain attractions that you must definitely visit, it is still one of those places where you can laze about in a hammock and read a book or enjoy a sip of coffee as you watch the world pass by.