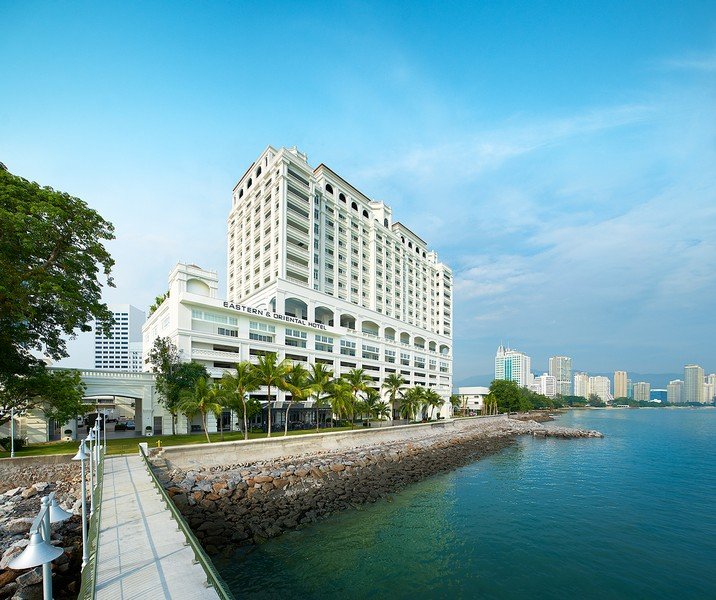 The Eastern & Oriental Hotel also known as The E&O in the breathtaking island of Penang is the only hotel in the heart of the Georgetown UNESCO World Heritage Site that possesses prime sea frontage. The hotel is located at Lebuh Farquhar in a convenient zone of Georgetown, next to some of the major heritage sights such as the Cheong Fatt Tze Blue Mansion and the colonial-era municipal hall.

The Eastern hotel was founded in 1884, and the Oriental Hotel followed a year later after the clear success of the first hotel, the construction of the Oriental made the two become powerful mergers in 1889, and in turn created the famous combination of their names; The Eastern & Oriental Hotel. Together, as a whole, the hotel possesses over 125 years of magnificent historical value; the constructions and reconstructions that have taken place over time and the many people that have walked through the doors of the hotel throughout its existence as well as the events that have taken place make the hotel a one of a kind place to accommodate yourself in. The E&O, as it is known, has played host to some of the world’s most celebrated artists, writers and heads of state including the irreplaceable Charlie Chaplin, Mary Pickford and Douglas Fairbanks, along with famous novelists and poets; Noel Coward, Hermann Hesse and Rudyard Kipling, these personalities have marked the hotel’s personality and make its historical relevance even higher when personalities of such magnitude chose it as the place they wanted to accommodate themselves in. The E&O continues to house the famous and the powerful with the Sultan of Brunei taking residence in the hotel, along with a very large entourage, just last year. 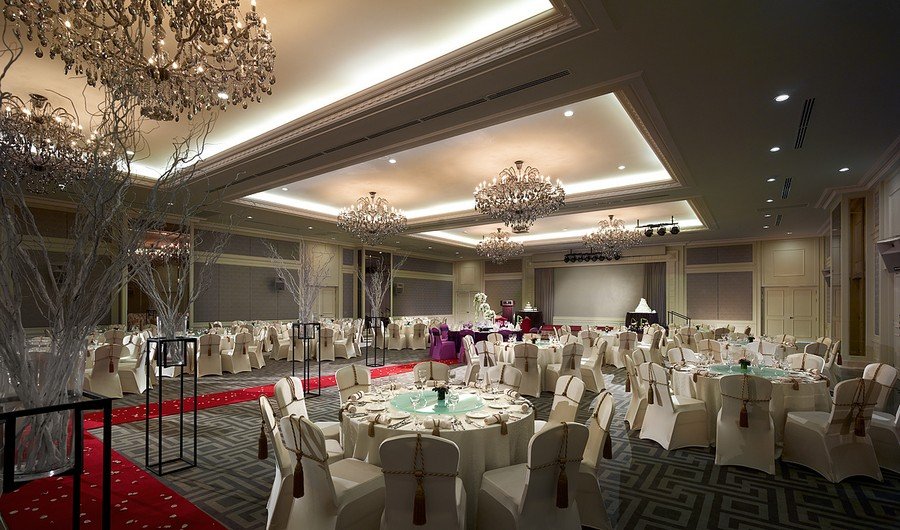 Today, the E&O hotel, the luxurious all-suite hotel, stands as the grand dame of heritage hotels having survived two world wars, the wane of the British Empire and the birth of Malaysia. Its distinctive classic elegance and grace of service has grown and enhanced with time making it a sharp image of hotelier perfection. The E&O brings a majestic colonial touch to the already fascinating UNESCO World Heritage town of Georgetown with its lavish interiors and the little objects such as porcelain vases and décor spaces which possess the power to carry one all the way back to a century ago. 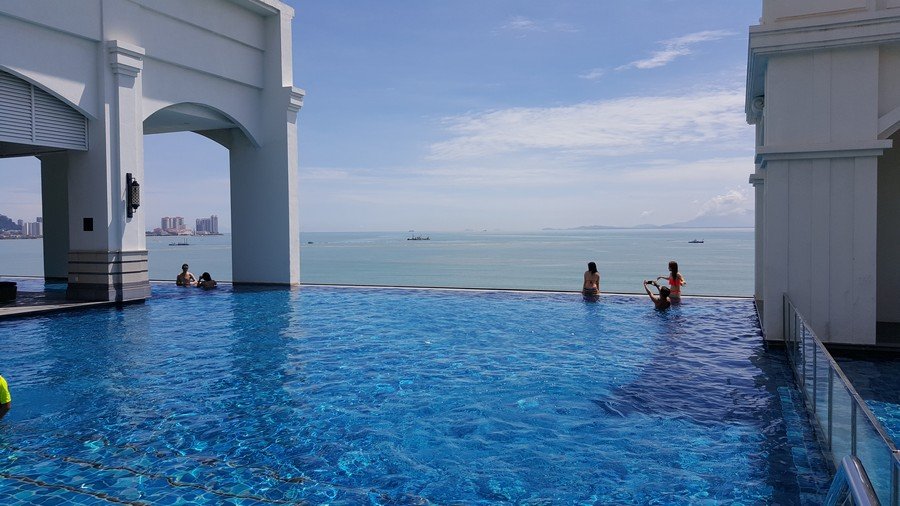 The hotel is divided into two; the Victory Annex and the Heritage Wing. Both of the wings at the hotel have a swimming pool each. And alongside the incredible lounges and the magnificent infinity pools come the fitness center which also comes along with incredible views of the beautiful sea ahead.

The majority of the suites in this colonial style hotel look out onto its beautiful ornamental garden and swimming pool with dream like views across the Andaman Sea. The E&O Hotel offers a variety of different kinds of beautifully arranged regal suites which transport you back to a past century of decadent luxury and undeniable comfort. 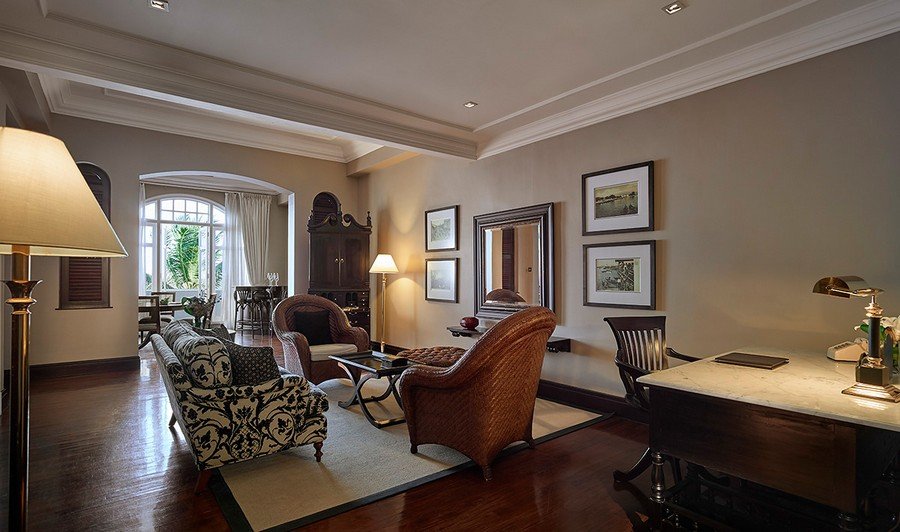 All the suites boast of wooden floors, Wi-Fi access, en-suite bathrooms and separate living rooms. The Deluxe Suite, features the promised breathtaking views of the Andaman Sea, the Georgetown Suite has view to the world heritage site city or to the colonial courtyard of the hotel, the Straits Suite have a pair of bay windows and the main lounge area overlooks the straits of Penang as indicated by the very name of the suite, the Writers Suite is the very room in which famous writers such as Sir. Noel Coward, Rudyard Kipling, Hermann Hesse and Somerset Maugham used to be guests of with large windows that let plenty of natural light in. The Penang Suite is two bedrooms on the second floor of the E&O Hotel which allows guests to overlook the straits of Melaka, these accommodation units feature a lounge, a kitchenette, a guest room, and a dining room with a bar. The Superior Suite and the Corner Suites are also spacious rooms with lounge area, luxurious bathrooms, beautiful vanity counters, and spacious balconies with views to the sea. Finally, the Eastern and Oriental Suite is one of the most luxurious amongst them all in the entire region of Southeast Asia, these suites are located on the third floor of the hotel and each have three bedrooms; all of which feature king size beds or twin sized beds, a private study area, a lounge, a walk-in dressing room and a private dining room that can accommodate up to 22 people.

Depending on the stay details, guests have special access to the various private lounges, which host breakfast in the mornings, cocktails in the evenings and tea as well as coffee all throughout the day.

A hotel choice in Penang is a no-brainer; The Eastern & Oriental Hotel is the right choice for comfort, and a one of a kind experience, which is undoubtedly what the guest is looking for.