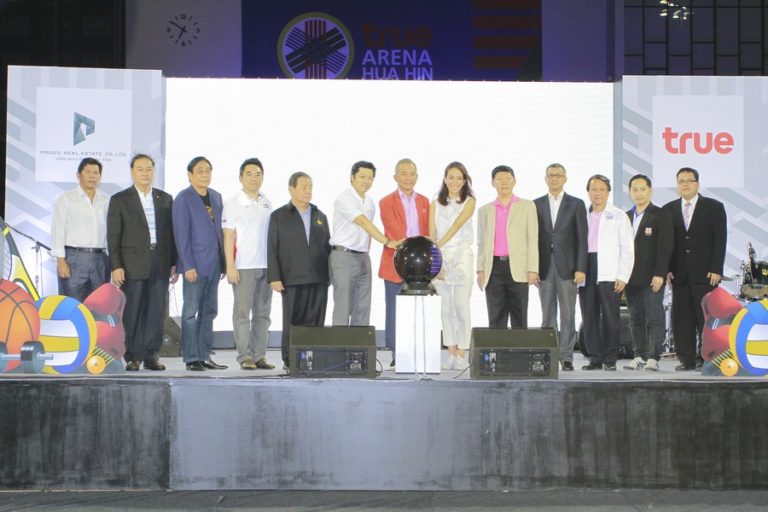 From Friday to Sunday, 19 to 21 March, True Arena in Hua Hin celebrated its 5th Anniversary. Members were treated to a member appreciation cocktail party at True’s Hawkeye Skybar on Friday evening. The club was open to everyone throughout the weekend and offered free gym, pool & sports club access, free fitness classes, tennis clinics, football activities, and games. Paradorn Srichaphan, the first Asian to be ranked in the top 10 in world tennis, put on a free tennis clinic on the club’s centre court. Additional free activities included Muay Thai, Badminton, Yoga, Pickleball, Kids Gymnastics, and other activities. Free 1 week gym passes were available for all who registered, and memberships were offered at up to 50% off.

True Arena Hua Hin occupies 40 rai of land with 11 tournament-ready tennis courts paved with PlexiCushion Technology, the same surface as the Australian Open’s Rod Laver Arena, and is equipped with Musco Lighting to support HD broadcasting. True Arena also has two FIFA regulation football pitches, a 1,500 square meter fitness center, a multi-sports air-conditioned gymnasium, which can be converted for Badminton, volleyball, basketball, futsal, boxing, and more. On the roof of True Arena you’ll find their 25-meter rooftop swimming pool along with their Hawk-Eye Bar.
True Arena is one of the most significant sports complexes of its kind in the AEC. With its wide range of world-class facilities and a strategic location in the city of Hua Hin, True Arena Hua Hin is not only more than equipped to host international sports events, but it is also ideal as a training and exercise ground for professional athletes and sports enthusiasts alike.

At the opening ceremony back in 2016, His Excellency Suwat Liptapanlop, Former Deputy Prime Minister of Thailand and host of the opening ceremony explained, “Sport is an important driver of Thailand’s tourism which is crucial to the country’s overall economic development. Having large-scale sports facilities like this will no doubt attract many international tournaments.”